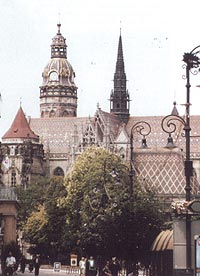 Hungarians, Saxons, Jews, Bavarians, Flemish and Slavs constituted the thick weave, the rich intellectual and cultural base that worked so many miracles against fate and history to save all that is of value there.

This region has had militant women as well. Anna Tarczay covered the castle of Pécsújfalu with black cloth in protest against the crowning of Ferdinand as Hungarian king. As a response the imperial forces destroyed the fortress in 1556. Following the salt and amber roads we indulge in gastronomic pleasures as well. The beer brewed from the rye of the steep valleys goes well with the sztrapacska flavoured with brindza cheese and crackling, the freshly cooked dumplings served with Hungarian style goulash and the hot cabbage soup before. However, do not forget that you can have fresh fish salad with onions, chopped crimson coloured salmon in oil, trout fried in butter and similar other dishes, if you are in a hurry.

You can also take some liquid medicine with you just in case you catch a cold while crossing the cold streams. The most recommended such drink is the locally brewed borovicka made from the dark blue berries of the juniper. 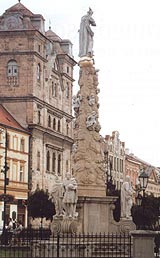 You can leave Kassa from the direction of Miskolc taking the memory of the proud cathedral and the Rákoczi family towards Eperjes (where the king Béla, the Blind picked strawberries) and Bártfa. The free spaces in these towns have always admitted various, colourful cultures and took up the fight against the housing estates even when there was no chance.

Count Laszlo Bercsényi, one of the few foreign marshals, who established the French cavalry, was born in Eperjes, also known as “Athens on the banks of the Tárca”.

Take a look at the castle of Kap on your journey, the building of which required 9990 eggs mixed in with the lime according to the Annals.

Csontváry did his first drawing in Iglo in the Szepesség and heard the words “You will be the greatest painter of the world, even greater than Rafael!”. The steeple of the Iglo church with its double clocks is high above the other towers of the Highlands, like the art of Tivadar Kosztka.

The citizens of the towns in Szepes are famous for their skills in handicrafts and trade. Késmárk and Locse, the two talented towns are often rivals according to old Hungarian custom. They even stuffed cannons with balls of hard smoked cheese and shot them at each other out of pure Hungarian bravado to express their disapproval at the other. Naturally, the reason for that was commercial: which of them could stop and levy customs on these goods.

Leaving the cemeteries of Szepesség behind, which are more beautiful than life itself, take a look back at Locse and its Saint Jacob church, think of the excellent triptychs of master Paul, the viaticum from the Krakow Stoss workshop, the names, inscriptions and titles of ancestors and the messages of the allegorical figures of the five main virtues on the wall of the renaissance town-hall. 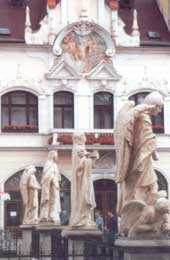 The peaks of the Tátra shine in blue light from a distance and as we draw nearer the multi-coloured sea of blue gentian, bell-flower, crosswort, Adonis, cottonweed, thimble, meadow saffron and mountain rose glitters in the sun. Bears may walk and feed on the cranberries, blueberries and strawberries. The rumble of the Tarpatak falls is already audible, challenging the devotion of shamans.

The road to Királylehota, where Alajos Stróbl built a neo-Gothic villa, leads across the Ördöglakodalomhágó (Devil’s marriage pass). The pass got its name, because there are a lot of high ore-content rocks around it where lightning strikes more often than elsewhere.Across Rózsahegy we descend to Besztercebánya, where Bethlen was elected king in a house on the main square. Opposite that building is the Thurzó palace, which houses the museum established by Kornél Divald in 1911. Opposite that is the gem of the square, the former stanza palace of the chamber counts. The “trend” in Besztercebánya largely determined the fashion of Upper Hungary as well.

You could believe that our world is the most perfect of all existing worlds when you take a look at the carved face of Saint Borbála of the German Church, the patron saint of the town.

Take a detour on the way across Zólyom to Körmöcbánya. Selmec, the beautifully located town, where “goats can be tied under the chimney” inspired the brush of the solitary aphotecary, not far from the house of the executor.

The legend says that a green lizard led the poor shepherd to the gold ore hidden in the mountains – that is the reason for the green lizard in the coat of arms of the town. The famous Academy of Forestry also lies here, although it was forced to move with its famous teachers to Sopron, the most faithful town. That is where the tradition of the school-leaving walk, the singing of “Gaudeamus igitur” and the counterpoint evening in the students’ pubs emerged. 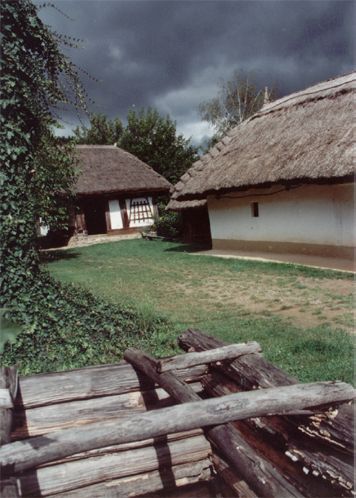 Leányvár, the “witch castle” of Borbála Rossel stands inviting and visible from all around. There is a beautiful Holy Trinity statue behind Saint Katherine church. It is worth taking a short detour around the mine lakes and visit the shingle roofed hunting castle in Szentantal, which is where the hunting seasons are opened and contains artefacts dating back several centuries.

The ruins of one of the Roman border forts of Pannonia are close to Beny, along the river Graham. Emperor Marcus Aurelius wrote the first volume of his Meditations between battles here.

It is good to sit and meditate on the baroque square surrounded by the old town-walls next to the Saint Michael parish-church.

There are a lot of options from Nagyszombat to Bratislava. The agriculture and fishing have always provided the citizens with food in Csallóköz, the largest river island in Europe. You can still meet women rolling cigars from fine tobacco from the Csallóköz in the streets of Bratislava.

After a climb up to the castle, the view opens up with the crowning church, the Grassalkovics castle, which houses the president of the state, the old, renaissance town-house (which originally used to be the house of the famous judge Jacob), the bishop’s palace, the Michaelgate and the secessionist Blue-church designed by Ödön Lechner. There is no end to the large number of the beautiful buildings that stand as lavish messages of past times. They are really quite close to Gyor, Vienna or Budapest. 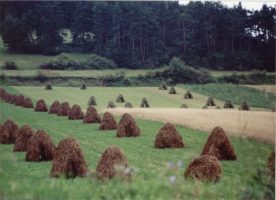 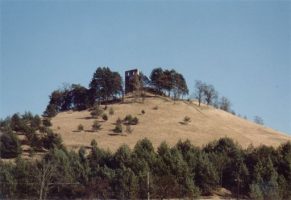 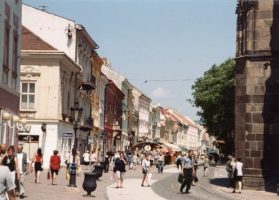 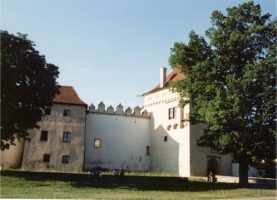 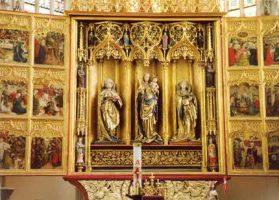 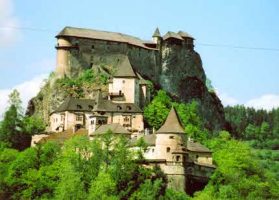 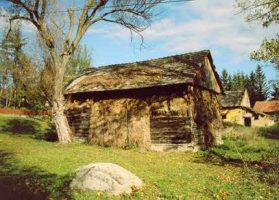